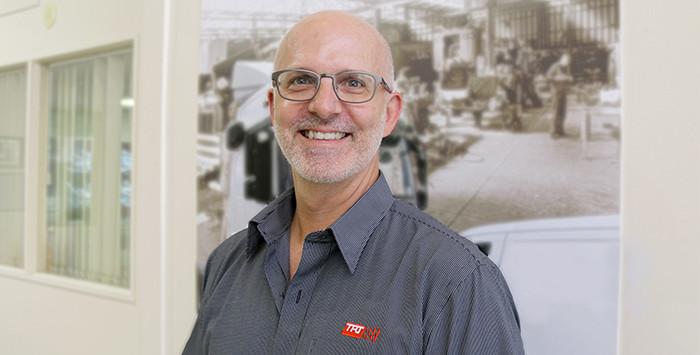 TRT has appointed Stephen Dance to the new role of Country Manager for TRT Australia. Stephen will be leading the team in Australia. Based at TRT’s Brisbane operation he will lead the business growth and product development plans across the Country.

Stephen’s appointment follows TRT’s recent growth in key markets of construction, mining and defence, the development of new products and the keenly anticipated launch of the new TIDD PC28, pick and carry crane, in May 2019.

Following Lawrence Baker’s appointment to Chief Operations Officer (COO) a little over a year ago, the timing of Stephen’s appointment is ideally placed to lead this Australian expansion. The role will report to the COO, and together Lawrence and Stephen will work to deliver TRT’s three-year strategic growth plan.

“This is a critical new role for TRT and we knew we had to find the right person to lead the team in Australia. Stephen not only brings a wealth of experience that will support our team and operations across Australia, he shares our vision too.” says Lawrence Baker. “His extensive end to end manufacturing experience will diversify our capability bring a new perspective and he will champion the expansion of TRT’s operation.”

Stephen has been based in NSW for most of his career after settling there at 21. This return to Queensland is a homecoming for Stephen, as he was born and raised in Brisbane and his Kiwi wife is one of the many synergies Stephen has with TRT’s operations on both sides of the Tasman.

His most recent role was Integration Director for Pro-Pac Packaging Group (PPG) in Sydney, specialising in site expansion, acquisition and mergers, risk/compliance, and was part of the senior team overseeing growth of over $500m during his tenure.

Stephen explains “This is a new challenge for me and I am looking forward to the journey with TRT, working with the team here in Brisbane and in NZ to transform our operations and expand our capability and presence across Australia. TRT is a solid company with a great history, and the Board has a great vision for the future that is great to be a part of”.

Back to Latest News >